Making space for oneself: In memory of Virgil Abloh

It won’t surprise you that the death of Virgil Abloh was very sudden for me. Yesterday’s news came as a shock for many. Not only because Abloh was young and in the middle of a blooming career. Also because he, just like many of our idols, seemed so ethereal. They’re always here to inspire, surprise and amaze us with their art until suddenly they are gone.

In the midst of this sad occasion, I want to thank Abloh for everything he has done. Not only for the culture but also for young creatives. His career is one of a kind. He made industries turn around that we thought would never move one finger. He made Streetwear luxurious and Hiphop chic. He was a millenial that grew up in the digital space and made use of it. A creative that pushed culture forward with ideas, giving them life with his unmatchable presence. To me, his legacy is synonymous with ambition: The drive to make something out of nothing. And damn, was he good at it.

This is a celebration of Abloh’s work. Let’s take a trip down memory lane.

Virgil Abloh was born in Rockford, Illinois in 1980. His parents were Ghanaian immigrants. As his father wished, he minored in civil engineering and got his masters degree in architecture. And, just like many good stories start, he already was designing his own shirts in university.

His first big move was an internship at Fendi, together with his friend Kanye West. Later, him and Kanye founded a retail store together with Don C. Additionally, Abloh was appointed to the role of creative director at Kanye’s agency Donda.

That’s when Abloh’s legacy started forming itself into was it’s now. It’s hard to give him just one title. Abloh, who at this point was directing iconic music videos as well as designing covers for Kanye and friends, was also making clothes, DJing and much more.

Then, in the midst of the tumblr era, he launched Pyrex Vision. His first coup in the realms of streetwear, an instant success. What did he do? He slapped his logo on deadstock tees and sweatshirts by brands like Ralph Lauren, charged up to 500 $ for them, making hundreds of Dollars. He later shut the brand down, because after all, it was just an art project. But Pyrex Vision was a clear demonstration of what he was able to do: Making something out of literally nothing.

Off to new levels

What followed was of course, Abloh’s Off-White era. In 2013, he founded the high end streetwear brand. During the time he also manifested himself as a man for the culture, a master-collaborator and somebody that opened doors. While he was working on and pushing his brand, he was simultaneously collaborating and assisting with brands such as Heron Preston or Palm Angels.

Off-White rose to the top. His garments manifested a new place for streetwear. A place where the fashion of the “rags to riches”-type wasn’t just for the streets. It was luxurious in the best way possible, ready to win over red carpets and MET-Galas.

The tourist in the world of Haute Couture, as he referred to himself in the beginning of his career, was no longer. Not only was he an integral part of popular high fashion, he was the shining star.

Check the young
genius out

In the end of 2019, Abloh demonstrated his ideas on a never-before-seen scale. What seemed to be a weird idea, a collab with Ikea, ended up being a celebration of the culture that the artist grew up with and utilized for himself. As Ikea isn’t known for high prices but rather the opposite, it might’ve been hard to imagine the outcome of this collaborative project back then. But Abloh knew exactly what he was doing. In the middle of logomania he came and seized the opportunity to think further. His limited rugs didn’t have the Ikea-logo slapped on them but the distinct Off-White-font.

Just like that, he turned a mass-producing-giant (Ikea) into something exclusive and artsy. Now, whether you actually liked the designs or not – there is no denying in the fact that Abloh pushed collab-culture as we know it from Hiphop and Streetwear onto new levels. Which not only further manifested his brand in the upper ranks, it also made Streetwear even more mainstream.

And just like that, he opened doors for new creatives, creatives that did not have access before, creatives from minority groups that by default have less opportunities. Now it was finally, officially cool to work with the not-so-shiny. Because what people from the streets bring you is a level of credibility you won’t find anywhere else.

Abloh was working with the biggest brands on the world, Mercedes, Nike and many more, when he was appointed to Art Director of Louis Vuitton in 2018. This was a major turning point for fashion. Abloh, who made himself a name with his own brand was now an important person at a very traditional, conservative company. As a black man with a non-fashion background.

This was groundbreaking at the time and it still is. This was the final move. After all, he was at the top. At the Spring/Summer 2019 presentation Rihanna described herself “witnessing black history in Off-White”. And the designer himself went out and re-defined the meaning luxury for good:

“A label determined by values, codes and qualities. Its use and definition were the privilege of a few until a new generation conquered its domination and shifted the paradigm for good.”

To demonstrate what that actually means, he had invited roughly 3000 people to attend his show. Students and young visionaries side-by-side with A-listers.

Virgil Abloh was arguably one of the most influential creatives of this decade. His impact on music, arts, fashion and the culture can’t be measured. He made Streetwear and Hiphop culture what it is today and will never be forgotten.

After yesterday’s news, creatives from different industries are remembering the artist. Whether it be Bella Hadid, Frank Ocean or Drake. Abloh’s impact on the most diverse group of artists just shows how multi-talented the man was.

We remember him and his work dearly. Rest in peace! 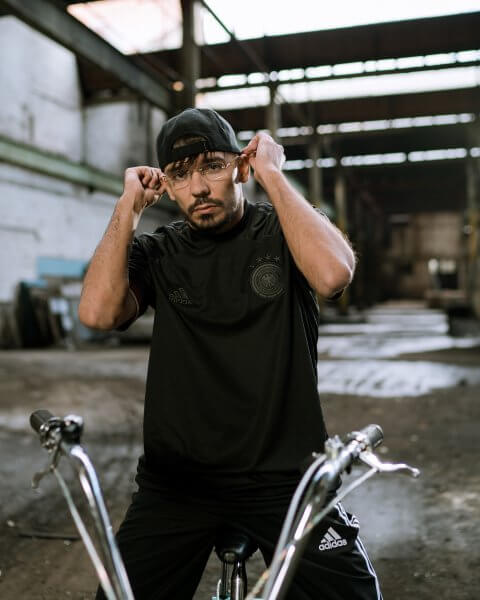 Adidas and Capital Bra made sneakers. And he got his own arcade machine

Adidas and Capi get together again for an even bigger coup.
Read 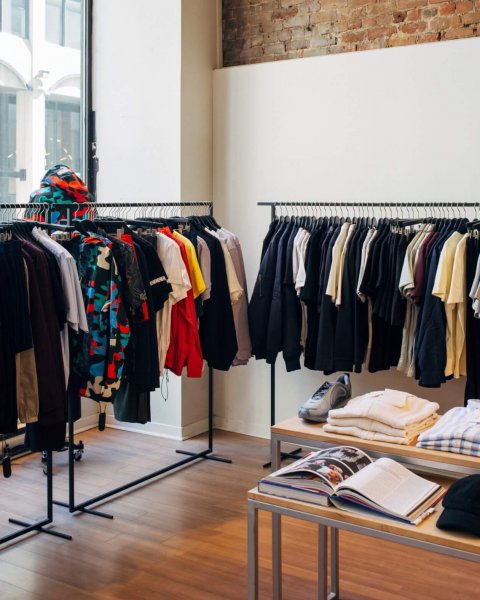 Why sustainable Streetwear needs its own Elon Musk 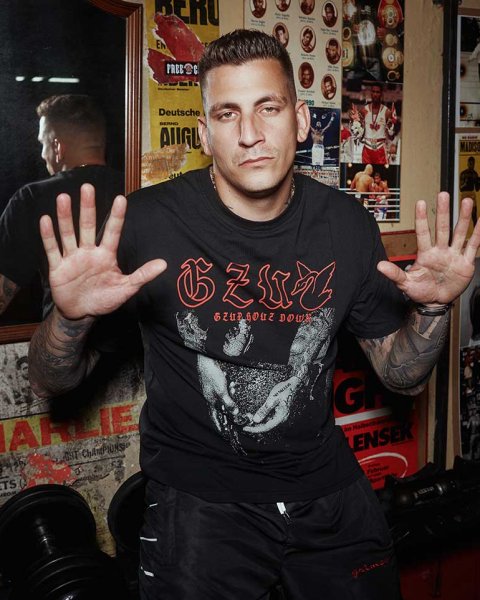 Gzuz is teaming up with Spanish streetwear brand grimey for a new collection.
Read
We use cookies on our website to give you the most relevant experience by remembering your preferences and repeat visits. By clicking “Accept”, you consent to the use of ALL the cookies. However you may visit Cookie Settings to provide a controlled consent.Read MoreCookie settingsACCEPT
Privacy & Cookies Policy